Campfire Songs and Storytelling With The Beach Bards

Campfire Songs and Storytelling With The Beach Bards

Campfire storytelling is a tradition that’s been around just about as long as humans have walked the Earth. And nobody does it better than the Beach Bards Norm Wheeler and Fuzz Foster. This summer marks the 27th year for Beach Bards unique blend of by-heart storytelling, poetry and music.

Here’s a rundown of what you can expect, along with information on how to catch the next campfire performance happening every Friday night (until August 9th) along the shores of The Leelanau School outside Glen Arbor. 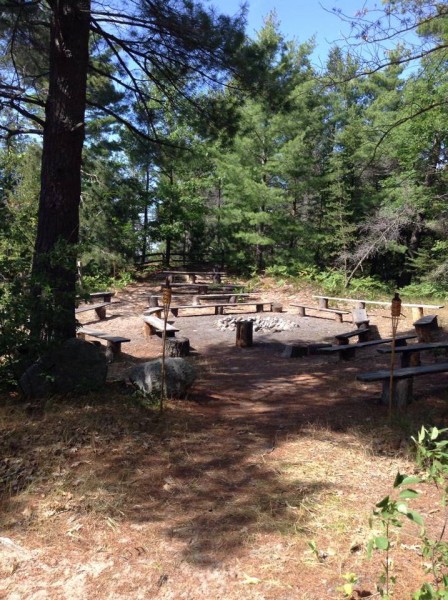 The firepit where the Beach Bards perform every Friday night until August. [leelanau.org]

You never known who might show up—or get up from the audience—to play music or tell a story, says Beach Bards Norm Wheeler. But one thing is for sure: every Friday night from mid-June until early August at The Leelanau School beach one mile north of Glen Arbor, a Beach Bards performance always starts at 8 p.m. with an interactive children’s hour led by campfire pro James “Fuzz” Foster.

“Fuzz likes to keep the kids engaged with a lot of movement, sing-alongs and games like Simon says,” says Wheeler. “Some stories are original but there are also some familiar favorites by Dr. Seuss and Shel Silverstein.” 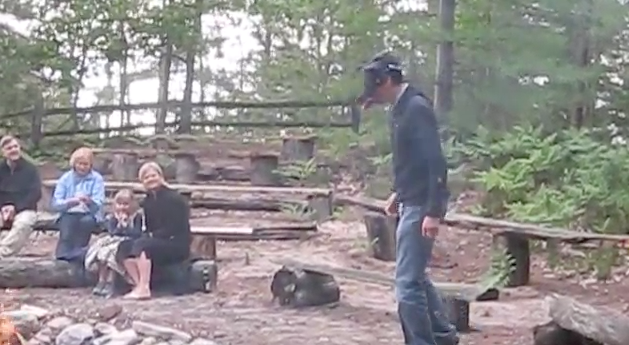 After an hour devoted to the kids, the adult portion of the evening always begins with a long blow from Wheeler’s conch shell. A brief moment of silence follows for listeners sitting on stumps and boulders around the fire—a setting reminiscent of Stonehenge. The pause allows the lapping waters of Lake Michigan 50 yards away to enter the circle.

After a traditional opening monologue borrowing words from Old English and Chaucerian Middle English, Wheeler then leads the performance of by-heart storytelling and poetry. Wheeler says the audience has grown over the last quarter century and now, typically, numbers anywhere from 40 to 50.

“But it’s still the same open forum,” says Wheeler, who has seen children and adults return year after year, slowly gaining the courage to approach the fire and share a few words, until one day they appear as college students, all grown up and able to recite poems by heart that they heard around the fire for years.

Anyone is welcome around the Friday evening firepit and the cost is only “one dollar per being,” says Wheeler.

Thanks to the Glen Arbor Sun for allowing portions of this article to be reprinted here. Click here to check out the full article along with a link to a video sample of the Beach Bards in action.